What a Mighty God We Serve – Anonymous 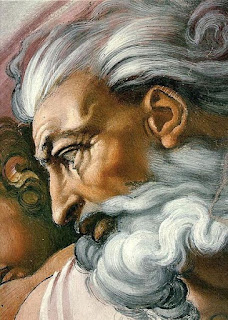 It’s called ‘traditional’, or ‘folk music’, or even ‘African folk music’ in some hymnals. There’s not much more that could be said about “What a Mighty God We Serve” and its author, whoever that might be. It might have traveled over the Atlantic Ocean if indeed it came from the African continent to land in the American Christian vocabulary. Who is this ‘mighty God’? He’s the One called out no less than four times with this two-word phrase in scripture across many centuries (Isaiah 9:6; 10:21; Jeremiah 32:18; and Luke 22:69 – all in the New International Version translation of the bible). If another synonym for this being is ‘Almighty’, then we meet him many more times throughout the bible’s pages – 333 times (in NIV translation). Could the exercise of encountering Him so frequently have spurred this song’s anonymous author to compose? Sheer speculation, and something we’ll have to wait to confirm in another time. But, that doesn’t mean we cannot dream a little, until then.

Without more details of the development of “What a Mighty God…”, there’s many possibilities for how the author/s devised its words. The words of its refrain regarding ‘angels (that) bow before Him’, and ‘heaven and earth (that) adore Him’ offer clues that suggest the invention happened as people read of Him in episodes in which He was acknowledged by these actors. Where do read that angels adore the Almighty? Try out Isaiah 6:3 or Revelation 4:8, and think if maybe that might connect us to the author of the song, seeing Him declared as the Omnipotent One by beings who were created to serve Him. What about heaven and earth adoring Him? Psalm 65:8 and that Isaiah 6:3 verse again may likewise connect us to the author’s motivation for writing the poetry of “What a Mighty God…”.  Was there also a community of believing people where the author lived, since he wrote about a ‘we’ serving Him? We’ll know the answers someday.

He’s known by so many names, but the ones that count for us as mortal people especially are the ones that tell of His power. I count on Him having the ability to raise me, the way He did Lazarus, despite the skeptics who were nearby at that moment (John 11). He creates, and He restores the decayed so that it’s like brand new. He proved this in His own life and resurrection, so that I’m fixed on Him and what He can and will do for me. That’s Easter, in a nutshell. Happy Resurrection Day 2019!

See this link for a discussion of folk music in its many forms and origins: https://en.wikipedia.org/wiki/Folk_music
Posted by David Cain at 11:45 AM