Be Unto Your Name - Lynn DeShazo and Gary Sadler 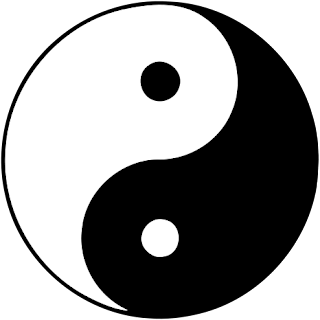 …He had no beauty or majesty to attract us to him, nothing in his appearance that we should desire him. (Isaiah 53:2)
I used to use a website that caters to singles looking for ‘Miss’ or ‘Mister’ right. Maybe I’m just tuned into this part of the world more than others, but I bet you’ve heard the same old adage I recall that advises those who are searching that ‘opposites attract’. Funny, I don’t ever remember anyone telling me that I should be looking for my opposite, despite this motto. Does it mean I oughta be hunting the opposite personality, or is the opposite gender sufficient?!


Some of my single friends occasionally share with me their adventures, and their misadventures too, but I don’t remember any of them lauding the ‘opposites attract’ method. But, as I look at the song “Be Unto Your Name”, written by Lynn DeShazo and Gary Sadler in 1996, I almost wonder if God has put this technique into practice in His pursuit of me, and that He expects me to do the same as I pursue Him. DeShazo and Sadler relate that the song we’ve come to know since December 1996 (when it was written) was the product of perhaps something they had been pondering for weeks, or months, or even years. “We started talking about how fragile and temporal - just a vapor, a moment - life is; how our lives pass so quickly and yet God's life goes on forever.” The song’s praise chorus to the Lord was a natural reaction to those thoughts, they say. Though we are made in His image, the song reminds us that we are also different from God in some significant ways – we’re temporary, vaporous, broken vessels, while God is the reverse. So why does He love us? What about our flaws draws Him to relate to us? The prophet Isaiah tells us that even the divine Jesus, when He became flesh like us, became unattractive, undesirable (Isaiah 53:2).

What is it, then, that animates the relationship between God and his chosen people? DeShazo and Sadler say that the feelings in the song “tapped into something that had been laying (lying) deep within our hearts”… “Be Unto Your Name” is my admission to God that I have nothing to offer Him. Nevertheless, He wants me anyway! I’ll never fully understand why, while I’m here. And perhaps here’s the way the songwriters, moved by the Spirit, intend that this song works: I get in touch with this basic reality -my defective, wart-covered life- and stand with mouth open, astonished, that the Holy One grants me the prospect of sharing His perfection, His gift. I grasp the direction of this relationship now…it’s me toward Him. I say ‘Be Unto your Name’ as I make the move and offer myself to Him, even as His alter-ego, and say ‘I know I don’t stack up Lord, but I know you do. You’re the One who makes this link between us work.’ Be Unto Your Name.


Information about this song's development was gleaned from an article at the following site:
http://www.lynndeshazo.com/articles/BeUnto.pdf
Posted by David Cain at 1:51 PM No comments: 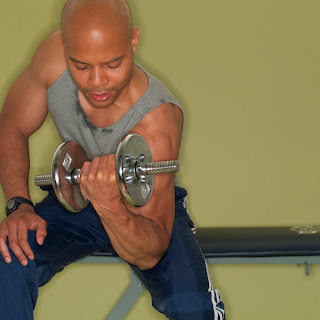 Nike says “Just do it”. That might be what the fella weightlifting is thinking as he gets his workout, and your doctor also probably thinks “doing it” is generally the most sound method for staying in shape or building brawn, right? I just rode a bike for 40 minutes with this in mind, so I hope that sweat wasn’t a waste! But what if someone told you something that was so illogical, a completely counter-cultural idea -- especially for us Americans, who are always in a hurry to accomplish things -- that one could become muscular just by waiting, perhaps by merely sitting still? ‘Are you nuts?!’ That’d be my reaction. South African native Brenton Brown might just be that nut, if you look at his song “Everlasting God”. Brown’s words declare ‘strength will rise as we wait…’. Huh? In 2005, Brown (along with Ken Riley) wrote “Everlasting God”, and that name also became the label for the album that was a hit. When one looks at the words and phrasing in the music, one cannot but suspect that something was rocking Brown’s world, perhaps making him re-think conventional ideas about life and activities into which we typically throw ourselves. He hammers the same point repeatedly…our God is strong, and I am weak. The emphasis on the words ‘strong’, ‘strength’, ‘weak’, and ‘weary’ throughout the song, and the composer’s life story suggest “Everlasting God” is his personal testimony. In 2003, Brown was diagnosed with something called CFS - Chronic Fatigue Syndrome – a frustrating condition afflicting 4 people in 1,000 in the U.S, including also his wife Jude. It cannot be commonly cured, only managed. In fact, perhaps only 5 –10 % of CFS sufferers find a complete resolution, and even rest does not adequately address the illness. It’s no surprise, then, why Brown’s composition maintains this pulse, this heartbeat about strength. Over and over the words flow from Brown’s pen about where and from whom he finds strength, and it’s not a one-time request he makes of God – indeed with CFS, he and his wife live this petition every day.
With no cure for CFS, Brown is forced to wait, perhaps for something that may never come. He may identify with the Psalmist, who also waited for the Lord to answer his cries (Psalms 5, 27, 33, 37, 38, 40, 130), sometimes feeling abandoned and bitter. Brown might also be dubbed a contemporary Paul, with a thorn still in his flesh, a sore the apostle learned to accept. The experiences of Brown, the apostle Paul, and the Psalmist, if they have not already come, await each of us. And so, I must learn what Brown and others have already discovered. How do I wait upon the Lord…with peace and contentment, or with angst? Whatever my emotional-mental state, the words of Brenton Brown and the Psalm writers linger. When I find my troubles gnawing at me, songs are like salve over a wound, reminding me that God is present and potent. He cares, and I am not alone.
The above information on Brenton Brown’s life is at:
http://www.brentonbrown.com/bio.html
http://profile.myspace.com/index.cfm?fuseaction=user.viewprofile&friendID=74875704
The site http://www.christianitytoday.com/music/reviews/2006/everlastinggod.html was also used for some of the information on the song.
Posted by David Cain at 5:26 PM No comments: 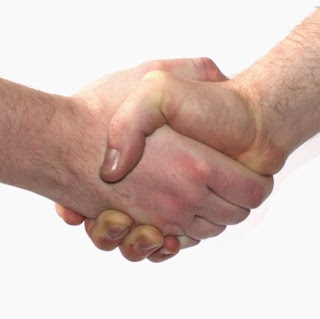 It’s not a surprise that British songwriter Matt Redman’s inspiration for the song “You Never Let Go” is Psalm 23, verse 4, as opposed to what he describes as the daily drumbeat of the “dark, disturbing, depressing news” that fills our TV screens on a daily basis. For Redman and his wife, in a personal way, they say “You Never Let Go” flowed from the aftermath of a miscarriage of a child Beth was carrying, coinciding with a terrorist bombing in London – a depressing and dark time for them. From his website, one can read Redman’s own words about the song and the title of the album called ‘Beautiful News’ on which the song appears. Redman writes “It’s truly ‘beautiful news’ — which is a phrase that I’d had in my songwriting notes for a little while.” He also shares in his blog something interesting, but perhaps not really unexpected. Apparently, the song has caused people to write to him about how God has been at work personally for them, about how the Lord “never lets go”. It’s compelling that the words of a 3,000-year-old thought that David first penned for believers still has the attention of people today in a 21st Century song.
Perhaps Redman’s own blog experience in the aftermath of writing and performing the song also says something further to us, as believers and witnesses for God. Would my friends, my co-workers, and my neighbors be more apt to tell me their stories of deliverance, and maybe their stories of heartache too, if I more readily shared my experiences and my steadfast devotion to God, perhaps even in spite of the storms? Maybe what I need to do is sing ‘you never let go’ just a little louder, and with more conviction -- like Matt Redman’s song coaxes me to do -- as I struggle with my computer at work, or sigh at the bureaucracy and waste; or manage still more serious things like declining health, or tragedies. There’s lots to complain about, sure, but with this song in my head, I now can daily hum a more positive and eternal outlook.
Information on the song and Matt Redman’s thoughts were gathered at: http://profile.myspace.com/index.cfm?fuseaction=user.viewProfile&friendID=120781688
and at: http://mattredman.com/blog/?p=9
and: http://www.thefish.com/music/interviews/11618102/
Posted by David Cain at 5:12 PM 1 comment: