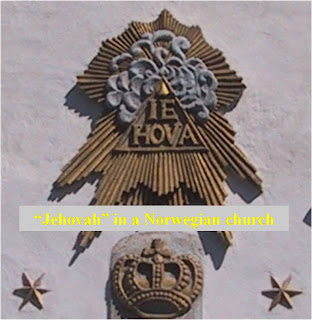 Familiarity is a useful quality, particularly when a song’s universal recognition permits a large crowd to rejoice as one, with a common energy and spirit. I think that that recurring experience is what I have come to cherish the most about my own church experience, as I reflect on the last 20+ years…remembering an almost angelic (?) lifting of song toward the heavens by the gathered…maybe even shaking the rafters! However, as I think about my latest ‘song scoop’, the tune’s pedigree almost defies the purpose of this blog. How can someone like me, a mere amateur music historian, discover something novel about a song like “Hallelujah, Praise Jehovah”? The song’s composer, William J. Kirkpatrick, is also a well-known figure, so my sleuthing skills are really challenged. If you, the reader-worshipper don’t mind, however, let’s re-dig the well a bit here, and re-appreciate what Kirkpatrick has given us.


William J. Kirkpatrick lived in 19th and early 20th Century Pennsylvania, and wrote “Hallelujah, Praise Jehovah” in 1893 after spending several decades as a musician in various capacities. He began to consider a career in music in the 1850s, and apparently learned to play the violin and cello, in addition to using his voice and his hand at composing. All these skills he used as part of the Wharton Street Methodist Episcopal Church in Philadelphia (you can read Kirkpatrick’s biography on the cyberhymnal site: http://www.cyberhymnal.org/bio/k/i/r/kirkpatrick_wj.htm). Kirkpatrick eventually published scores of hymns while taking part in choirs, singing societies, and special church programs, totally immersing himself in music. He was most certainly a worship minister before the term became fashionable!

Kirkpatrick’s diverse abilities shine through not only in the volume of his life’s accomplishments, but in the song we appreciate so much today, 116 years after it was written. We do not know the specific background to the song’s inspiration, but its message is not a mystery. God was magnificent to Kirkpatrick on many levels, as his words communicate in three verses. Kirkpatrick had already lived 55 years, and his composition exhibits a mature faith, appreciative of the blessing God represents not only to believers but also to us as this planet’s inhabitants. His words show he loved God for the variety of ways that we can relate to Him. Perhaps you’ve noticed this already, but allow me to conclude this scoop this way: Verse 1 reminds us that the Holy One is a celestial, heavenly king; Verse 2 tells us that God can unleash in His creation an awesome, terrifying power; Verse 3 makes us reflect upon the Lord’s creative, beautiful, life-giving nature. As I sing now, and let the words of Kirkpatrick’s words put to music flood my senses, I also reawaken my respect and fidelity to Jehovah.
Posted by David Cain at 5:22 PM 1 comment:

If you were asked to tell someone what life is, what would you say? It seems a bit absurd, doesn’t it? This should be easy…if it breathes and moves around, it’s living. Right? I guess I’m just too much of a simpleton, or really just not that technical about it, because scientists say there’s much more to ‘life’ that I had not even considered. At the risk of boring you, Wikipedia says that life has seven necessary elements, so here they are: 1.homeostasis, or an organism’s ability to regulate its internal environment to maintain stability (like perspiring to keep cool); 2. having one or more cells; 3. metabolism, or otherwise known as having an energetic nature; 4. growth…something gets bigger; 5. adaptation…over time, something can change in response to its surroundings; 6. response to stimulus…I yank my finger off the hot stove – ouch!; 7. reproductive ability. I don’t know if Aaron Wesley Dicus considered the scientific method when he wrote “Our God, He Is Alive”, but it shouldn’t come as a surprise if he did.

A.W. Dicus was a scientist in the field of physics during the early and mid-1900’s in Tennessee and Florida. So, he no doubt spent some considerable time studying phenomena in the world that most of us tend to ignore and take for granted. He trained several students who eventually worked at Oak Ridge Laboratories, and whose mission was to decipher the basic building block of life – the atom. Prior to his career in physics, Dicus also preached God’s message in Bloomington, Indiana and, strangely enough, also invented the turn signal for the automobile. This guy evidently wasn’t content to theorize about our existence…he tried to practically improve his own environment and get others in touch with the ultimate Life-Giver. His song’s words hint that God was more to him than mere thought waves of speculation. Dicus had apparently made a pledge to his Lord many years before, promising to work for Him in exchange for a formal education. If you look carefully, it seems like the song is something like a culmination of this promise, and a combination of Dicus’ professional and spiritual acumen. According to Dicus (a scientist), God controls the ‘germ’ of life (verse 3), a fact that we may never fully understand in a scientific sense. Maybe Dicus had reached such a conclusion after his own study. The first verse of Dicus’ song also may tell us something about his faith, in the face of human struggle. The physicist-turned-composer is said to have suffered from cataracts and glaucoma, a condition leaving him nearly blind in his retirement years when he wrote the song.

If you read TIME magazine in 1966, when Dicus wrote the song, you might have wondered if he was also responding to the magazine’s readers. The April 8, 1966 issue of TIME featured a cover story entitled “Is God Dead?”, in which some pundits proposed that God is lifeless. Dicus’ song can be seen as a response to that national debate, telling others that God, though ‘concealed’ to him, was still real. Cataracts and Glaucoma had taken their toll, dimming Discus’ vision of God’s creation. Yet, this man had seen enough, studied and experienced enough, to declare with vigor that God was indeed true, believable. In our time, perhaps like none other, it’s in vogue to acquire knowledge, to have information at our fingertips. Dicus’ song is proof that the intellect doesn’t have to shut down to believe in the Divine Being. In fact, the more we know, the more God makes perfect sense.

The biography of Aaron Wesley Dicus and the song ‘Our God, He Is Alive’ is available at: http://www.apologeticspress.org/articles/1968 .

Great Is the Lord - Steve McEwan 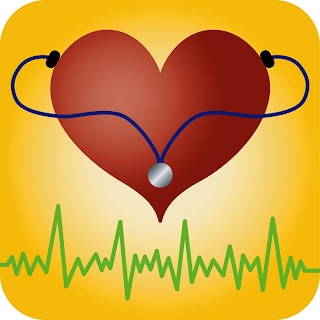 How does a typical Monday morning begin…for the typical 21st Century Christian? A radio alarm, some gobbled breakfast (or maybe not), traffic, and maybe a cranky computer thrown in for good measure. It’s almost certainly not the mountaintop exhilaration, the ideal world that you sang about the day before, is it? Yet, it is the one I occupy in the present. And I do it five days a week, so I’d better find a way to make it endurable, if not meaningful. It helps me to have something, especially a song that sticks with me, a steady drumbeat that reminds me of certain things. There will be lots of urgent tasks, naturally, that scream for my attention. But with a tune that’s fixed between my ears, I have an undercurrent of contentment that’s an anchor.

It doesn’t have to yell at me. In fact, a drumbeat, like a heartbeat, is better if it’s just humming gently, reliably consistent. Yes, that’s what I think of when I hear Steve McEwan’s song “Great Is the Lord”. Was a heartbeat on Steve McEwan’s mind when he wrote the song? McEwan is a native of South Africa, a nation best known probably for its volatility in the late 20th Century as it struggled with apartheid. One of McEwan’s friends was shot and killed in 1985, as South African violence framed our television news. I don’t know what its like to lose a friend like that, a sudden bitter end, but it’s said that McEwan composed “Great Is the Lord” in the wake of the tragedy. His friend’s heartbeat had stopped, but the words of the song show that McEwan refused to wallow in anger. He’s not focused on future vengeance or a temporal justice. In fact, he’s thankful for the present – that God is great, that we have victory…victory?! To one without God, McEwan’s words produce skepticism and maybe even rage. A faith that sustains despite calamity, though, is a powerful testimony. The reality of eternity means that even unfair deaths cannot dim hope. McEwan’s creation allows the singer to say something not only to others nearby. When I sing the second stanza, I address God directly, as in prayer. I reach for the intimacy He offers. That’s what the hurting person, even a believer who’s certain of the afterlife, needs most from God here and now. I want to feel His comfort when nothing here makes sense.

As 2009 begins, I know there will be highs and lows…that’s the only thing that is certain here. With the Lord, I know what I can count on, and that He will be in my life, somehow, some way. Songs like “Great Is the Lord” are the EKG (electrocardiogram) of Christians. When I sing it, I can feel my pulse, a rhythm that’s in South Africa, in Europe and Indonesia (where you can see believers singing the song on the global net), and here in the U.S. Sometimes my faith struggles, frankly, and my songs don’t seem very audible, but knowing that this heartbeat is on four continents is breathtaking. At times, God might seem a bit too distant. But now, when I sing this song, I’m reminded that I have have a steady, consistent, and dependable God whose Spirit permeates this planet.

Great is the LORD, and most worthy of praise,
in the city of our God, his holy mountain. (Psalm 48:1)