Before the Throne of God Above -- Charitie Lees Smith Bancroft 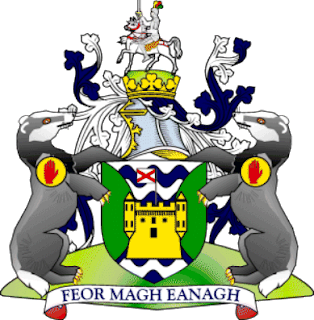 She was just 22 years old and living in a rather obscure village called Brookeborough in a Northern Ireland county (see the coat of arms for the county of Fermanagh here). And yet, Charitie Smith had a feeling that she was not forgotten, especially by the God whom she imagined she would encounter someday. She didn’t keep that to herself, but coaxed others to think about what it might be like to stand “Before the Throne of God Above”. It was 1863. She had quite a ways to go to inherit her eternal reward – in fact, another six decades, into the next century. Yet, that didn’t seem to discourage Charitie from pondering her condition -- not with a faraway, hoped-for, ‘please save me’ request. No, she thought of her condition in terms of the present. That’s faith.

Her father’s influence in Charitie’s early life was undoubtedly a major factor in how her faith expressed itself in ‘Before the Throne…’. Charitie’s father was a minister serving in a local church at the time that she crafted this song, so we can safely assume that she and her family had conversed or sat under the sound of one of his sermons, giving rise to what she would pen in the three verses we have today. She reportedly used the title “The Advocate” for what she wrote originally, so could those have been words from one of her father’s sermon texts that stuck with her? What bible might she and her minister-father have used at the time? The King James Version would seem to be a plausible answer, and if so, just one place has that word: one of John’s letters (1 John 2:1), where the great apostle with this name writes of Jesus. Without other known circumstances for what Charitie composed, we can assume that John’s words and other biblical reference points regarding Jesus’ role as Charitie describes Him were foundational for what she penned. She calls Him ‘a great high priest’ (v.1), ‘the risen Lamb’, the ‘I AM’, and the ‘King of glory and of grace’ (v.3). Why would someone like Charitie, as well as probably her father, think of Jesus as an advocate, except that she was very aware of her shortcomings and needed someone in a legal sense to defend her? Her vision of the heavenly courtroom is made more distinct with words like ‘plea’ and ‘plead’ (v.1), guilt and pardon, (v.2). God’s sovereignty on ‘the throne’(v.1), and in ‘the just’ (v.2) nature He possesses is not something to be debated or doubted. And yet, He’s ‘Love’ (v.1), the perfect counterpoint to what might otherwise be a heartless, autocratic, rule-maker. At 22, Charitie undoubtedly had lived enough to have experienced making plenty of mistakes. She needed mercy, but loved Him for His grace, too. Her name was ‘on His heart’ and ‘His hands’ (v.1), and she’d been ‘purchased’ (v.3) by Him, allowing her life to be ‘hid’ with His (v.3).

Do earthly attorneys fashion a relationship with clients the way Jesus does with me? In 19th Century Northern Ireland, what might Charitie and the rest of the Smith family have experienced if crime befell them? Perhaps such an episode reminded them of the difference – starkly so – that God makes in the Divine-Human interface. Not every lawbreaker (including especially road rulebreakers, right!) pays for his or her penalties. God is more thorough, ultimately, as a traffic court judge than the ones I’ve seen here. That makes me cower, as I recall how many errors I’ve made in 58 years. But, I should sigh with relief – even ecstasy – that He’s also on the receiving end of my punishment. Think about it. What other God is on a throne and on a cross?

See the following site for some information on the song’s author: https://www.hymnologyarchive.com/before-the-throne-of-god-above

See this site for all of the song’s verses: http://www.hymntime.com/tch/htm/b/e/f/beforetg.htm

Blessed Be the Name of the Lord -- Don Moen 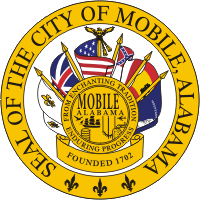 This fellow was 36 years old, and was in the midst of the first album he recorded that included a one verse proclamation. This must have been something that Don Moen felt was so basic, these words saying “Blessed Be the Name of the Lord”, that they just needed to be said. Maybe Don actually wrote the words in another place, but at least when they were officially recorded, he and the others who helped produce the album (Give Thanks) were in a church in Mobile, Alabama in 1986. (See its seal here.) You can tell they were not in a studio during the recording, if you pay attention to a couple of words Don penned and sang in this song. What he said could be pretty similar to what’s to come, a preview of what you and I can expect, an eternal church where we gather in a way not dissimilar to what Don experienced in Mobile in 1986.

The words that Don Moen wrote and the other songs’ titles for this first album in 1986 tell us something about his state of mind when ‘Blessed Be the Name…’ was crafted. It was a joy-filled gathering in the Covenant Church where Moen and his crew recorded that day in 1986. ‘One accord…’, Don wrote about this congregation and the singing and worshipping they experienced together, even as the professional music folks went about their business of cutting an album in the Mobile-based church. One gets the impression that Don must have imagined this was the venue in which he thought the song should be recorded, given the words of the song’s third line – ‘we lift up holy hands…one accord’. Was it a corporate worship service elsewhere, like the one in Mobile, that first sparked the words that Don wrote? The album’s title, ‘Give Thanks’, convey at least one of the emotions that Don was feeling – gratitude. The word ‘celebrate’ is also among the songs’ titles on that album, among a collection of praise phrases that flowed out of Moen’s spirit, and through that Mobile church, too. This collection tells something about the nature of thanksgiving – it cannot be contained in just one song. And, not just one morning or day will do. That was likely something that Don Moen discovered about this business of music-making in the Christian environment in which he found himself, and why it’s not a surprise the he’s more than an American musical performer. He’s been all over the world to translate what began on that first album called ‘Give Thanks’, reportedly travelling to six continents (all of them on the globe except Antarctica) to express this overflow.

What specific incident or collection of circumstances prompted Don Moen’s creation in 1986? It’s not been shared, at least not in a widely-publicized way, but would its emergence change anything about what Don would want to communicate as a worship leader? If it was significant, one could imagine that Moen would have made sure we knew it. Instead, he’s directed yours and my attention away from himself, and onto another. Pay homage to ‘the Name’, he directs in ‘Blessed Be…’. Whatever else was happening at that moment when the words sprang from Don’s insides, these events were springboards for the most important part of the story. The great God is the One worthy of the spotlight. Don would probably say he’s just been along for the ride for the last three-plus decades, and that it’s not over yet. How about jumping aboard for the ride!

Information about the album on which the song appears: https://en.wikipedia.org/wiki/Give_Thanks
Posted by David Cain at 11:52 AM No comments: 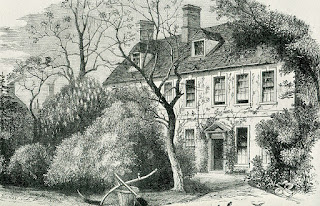 He was in Olney, England, where he must have spent a good bit of his time in this home (see its picture here), thinking and writing many hymns in a collaborative effort with his good friend at the time (latter part of the 18th Century). And so, John Newton wrote one that he called “Glorious Things of Thee Are Spoken (also known as “Zion, or the City of God”), which rather stood out from the others that he wrote and published in the hymnal named after this place where he served as minister. Its unique character should make the curious ask ‘What was Newton thinking that was so very different then?’ He was undoubtedly grateful for Olney, this place where he could minister and live out God’s purpose for himself, but he must have been pondering a future home too when he penned the hymn’s words. Let’s see what he imagined as he considered this future abode.

The 54-year old John Newton was doing what any devoted minister in the Church of England serving in a post should do when he crafted the words for ‘Glorious Things…’ and had them published in a hymnal in 1779. The words from Psalm 87 (verse 3) and Isaiah 33 (vv. 20-21) are considered to be the scriptural reference points for Newton’s thoughts. He must have been wondering what he could expect when living in God’s city, called Zion in the words he read. And, one can imagine that he bounced ideas back and forth with his friend William Cowper, who had joined him at Olney in a friendly partnership that led to the Olney Hymnal. It was a mutual production by these two writers, yet the Olney Hymnal had just one selection among the 348 therein that was considered to be joyful: “Glorious Things…”. Zion has many qualities synonymous with God’s character, including a rock-solid foundation, according to verse 1. This city of God also quenches the thirst of its inhabitants with the ‘streams of living water’ (v.2). Newton turns to the individuals’ homes in verse 3, in which he envisions a ‘cloud’ and ‘fire’, reminders of God’s protection and His glory. Newton sums up the benefits of Zion residency in verses 4 and 5; citizenship there is unparalleled, making its people ‘kings’ and ‘priests’ through a ‘Redeemer’s blood’ (v.4), and awarding all a ‘lasting treasure’ (v.5). No wonder this is a song with a joyful nature, with all of these impressions flowing from Newton’s mind as he read scripture! It must have dawned upon Newton, probably not for the first time, that God wants you and me to be excited about approaching this city.

Is there a city like Zion in yours and my earthly experience? It’s a rhetorical question, forcing one to consider otherworldly pictures for proper context. How about Oz, where Dorothy, Toto, and her three friends seeking relief of one kind or another arrive via the yellow-brick road? It certainly gleams with a glory appropriate for a special ruler. But, as we know, this ruler turns out to be a fraud, unmasked by a little dog. His solutions to problems are also pretty pedestrian, or you might say terrestrial. You and I ultimately need passage to a place that lifts us above our current terrain, where tornadoes cannot twist us back and forth. Anybody been to such a place? Ask John Newton.

See this site for a description of the publication in which the hymn first appeared: https://en.wikipedia.org/wiki/Olney_Hymns
Posted by David Cain at 11:56 AM No comments: