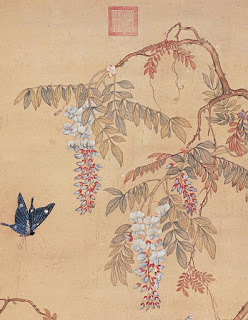 Matt Papa was writing a book a few years ago (around 2013), and was it just a coincidence that his friend Matt Boswell sent him an idea for a song that seemed to line up perfectly with his book’s theme? So, Papa asks you and me to consider the word ‘behold’, and think beyond just eyeballing a scene. What if that scenery actually changed you, transformed you? In the world of biology/zoology, butterflies are transformed creatures, and perhaps that’s one reason we marvel at them, in addition to their beauty and fragility. (See the picture of one here that a Chinese artist Xu Xi drew over 1,100 years ago, demonstrating his fascination with this transformed creature.) Butterflies don’t change because they stare at something, however. But, we can, according to what an ancient apostle/writer tells us (2 Corinthians 3:18), and it’s where Matt Papa and his two musical collaborators, Matt Boswell and Michael Bleeker, want to direct our attention. Matt Papa tells the story of “Come Behold the Wondrous Mystery” so well, that this blogger needs to say no more. Just see the link below to Matt’s own words, and enjoy. And, behold!

http://www.mattpapa.com/blog/2017/9/about-the-song-come-behold-the-wondrous-mystery
Posted by David Cain at 8:48 AM No comments:

In His Time -- Diane Ball

If she was wearing a watch, that might have been a routine accessory she reconsidered after the experience she and her family had one summer day in 1975. Diane Ball and the other five members of the family probably are reminded, every time they hear or sing “In His Time”, what three small words really meant the day they popped into her anxious spirit on a California road.  What does a person do when two conflicting events have him or her between a vise, and the tick-tock counts down, or alternately has a swinging pendulum to underscore the march of time? Would it surprise me or you if another person said both events could be accommodated? ‘It’ll work out’, or ‘If He intends for you to accomplish both objectives, just sit back and see how He does it’. See if you think Diane might have those words on her lips now, after what she experienced as a 34-year old.

It was vacation day number one in the Ball family, and Diane had everyone on a tight schedule. The launch of the Ball spouses, Jay and Diane, and their four children in their vehicle for a vacation was upon them. But, not everything nor everyone is always controllable, as Diane was reminded that day. Jay had a maintenance emergency at the conference center where he and his wife both worked, delaying their departure by over an hour. Normally, that might have been a minor irritant, except that Diane had a speaking engagement over 90 minutes away, and just half of that time to get there – an impossible circumstance. Or, so she thought. As the trip finally began, a fuming Diane asked God for serenity, as she knew no other solution to resolve what her insides were telling her. Exceptionally, this day, another inside inhabitant within Diane gave her some words – the very words of “In His Time”. Little did Diane suspect that these words would be used that very afternoon, and to a group whose plans had luckily – or providentially? – been delayed, coincident with the delay in the Balls’ departure. Diane didn’t know her words would ring so true the very day she penned them. She shared them with the crowd to whom she spoke, a spontaneous decision she must have felt by that time was also in His control. One wonders how the rest of the Ball vacation proceeded that summer!

As holiday season is upon us here, is it a time crunch for you to accomplish everything in your planner? Plan that trip, pack that luggage, shop for those gifts, and try to work in a little relaxation! Can one really plan for a tranquil moment? Diane must have been asking herself that plenty, especially with a busy husband and four kids. She may have thought her whole life was too densely packed, if you examine her words closely. She says she wanted to see His way ‘every day’, not just during a holiday, or a vacation. She ached for Him to show her the beauty of His time year-round. Or, even life-round. Think He’s got your time planned out for you?

The sources for this song story are the books “Our God Reigns: The Stories behind Your Favorite Praise and Worship Songs”, by Phil Christensen and Shari MacDonald, Kregel Publications, 2000, and “The Complete Book of Hymns – Inspiring Stories About 600 Hymns and Praise Songs”, by William J. and Ardythe Petersen, 2006, Tyndale House Publishers, Inc..
Posted by David Cain at 5:34 PM No comments: 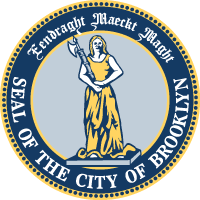 What kind of housework must she have been doing to inspire such words? Perhaps someone, maybe even the minister at the Brooklyn church where she worshipped who had encouraged her to exercise her poetic gift, asked Annie Sherwood Hawks this question in the summer of 1872, once her words for “I Need Thee Every Hour” were made public. They sound like someone who felt that life was empty in some way, meaningless without the Divine influence. Or was it a gift from the Holy One, a present that she would not fully comprehend for several years? Annie might have answered ‘yes’, it was both.

Annie Hawks evidently had been preparing for some time to write the words that would come to her on a June day in 1872. This 37-year old housewife and mother of three children had been writing poetry since her own childhood, and as an adult was urged to write some more, which her minister Robert Lowry liked to put to music for the enrichment of the church’s children. It was a beautiful June day, she remembered, a day like many others in which she was busy with household duties. Whether she was completely alone, or perhaps with one or more of her children likely at home as well, Annie was evidently joined by somebody more unusual – even spiritual. She described a sense of being filled with a presence, a fullness that made her ponder how life could be complete without Him. Indeed, if one believes the Creator is the source of life, Annie was asking something quite logical. As a believer, this train of thought would certainly not have been completely revolutionary to her, but its intensity and impact that day were definitely unique. She reportedly sat down and immediately composed the poem’s five verses, which she gave to Pastor Lowry the following Sunday. Her senses likely had been heightened, making her an open vessel, a result probably of her poetic nature that had been nurtured since her teens, and more recently as a consequence of Lowry’s support.  Though her acquaintances at the church would have undoubtedly appreciated Annie’s song in the weeks after it was first publicized, Annie herself would not fully value its import until many years later. She related after her husband died 16 years afterward that her poetry truly spoke to her in ways that it must have for others in similar circumstances when she first wrote it. The death’s ‘shadow’ that she described had fallen upon her was not as dark as it could have been because of the Spirit’s comforting words, transmitted through her own hands.

Watch for those mundane moments when you might think you’re alone. One wonders if Annie retraced her experience at the moment of “I Need Thee’s ...” conception, and tried to repeat it. She wrote approximately 400 hymns in her lifetime, but this one crafted whilst in the midst of a seemingly routine summer’s day says something about God’s creative calculus. Is He deliberately unpredictable, unfathomable? I’m made in His image, but He’s the model, and I’m merely the copyist. For some, that might not be enough, but for Annie, she was apparently satisfied to play her role, to be used by Him in her ordinary day. No flashy, jaw-dropping light appeared, but for someone whose antennae was ready for reception, His tap on her shoulder and cohabitation of her spirit crafted a product that touches us believers still today. A great God doesn’t overwhelm…a submissive heart just listens to His suggestion. That was Annie.

See a brief biography of composer here: http://www.hymntime.com/tch/bio/h/a/w/hawks_as.htm
Posted by David Cain at 4:36 PM No comments:

I Want To Be Where You Are -- Don Moen 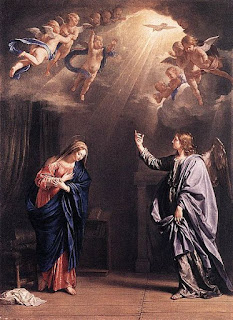 Thirty-seven year old Don Moen was really attempting to craft one song, when something else--or someone else–cropped up. ‘Where’d  that come from?’, he thought. Maybe “I Want To Be Where You Are” came out of Don’s mouth because he was really thinking about a similarly focused theme for a musical show upon which he was working that day. Is that all it really takes, just thinking of being with our Creator, and ‘bam!’, there He is in the form of the Holy Spirit, like the dove of the bible? Don was alone when that simple little song emerged from his insides in 1987, a pattern that the Holy Son also employed when He wanted to be with His Father. So, what Don Moen would have you think, is maybe something you might try – call Him out when you are alone, and see what happens.

Don Moen says he was trying to write a song for “God with Us” as he sat alone in a church that day in 1987, but the other tune just kept emerging instead. Perhaps he wouldn’t have pursued “I Want To Be…” that day, except that the song’s tune had a certain persistence. So, he submitted, and eventually premiered the song’s four central chorus thoughts in an Oklahoma church. It wasn’t quite done, he thought, but the reaction of that first crowd of listeners told him it was closer to complete than he believed, so he left those portions of the chorus as he’d originally written them. Could it have been that Moen’s own thoughts had been dwelling subliminally on the phrases that he’d read probably many times? He relates that the words of “I Want To Be…” that came to him as he secluded himself to write some music that day made him reflect on Psalm 27:4. King David’s great desire, expressed in that ancient song, had taken hold of Don when he was a youth in 1962, and it reentered his own musical repertoire 25 years later. God was still with him, even though Don was steered toward a tune and some lyrics he discovered unexpectedly.

Since “I Want To Be Where You Are” was first published, it has been put into Indonesian and Spanish words, taking it to other places and peoples that Don Moen probably would not have imagined in 1987. God is not limited by language, or anything physical. If I say I wish I were with Him, He responds, but maybe not the way I might expect. When I do get to be with Him forever, will it be what I have envisioned? Will He be? I can only say that others in history who’ve met Him haven’t been disappointed, if I can believe what I read. He doesn’t force Himself upon me, but lets me choose. You think that might be somebody you could give a chance?

The source for this song story is the book Our God Reigns: The Stories Behind Your Favorite Praise and Worship Songs, by Phil Christensen and Shari MacDonald, Kregel Publications, 2000.

For biography of composer, see here: https://en.wikipedia.org/wiki/Don_Moen
Posted by David Cain at 1:11 PM No comments: