When I Survey the Wondrous Cross -- Isaac Watts 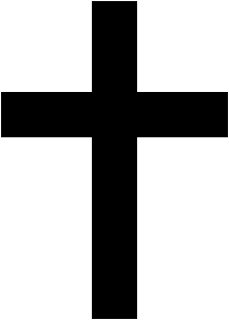 What would someone say about the most significant human event that would challenge conventional wisdom? Isaac Watts might have asked himself this in 1707 as he pondered what the Messiah’s sacrifice meant. Get outside of the box, and think like He did. Watts’ hymn “When I Survey the Wondrous Cross” relays a personal reflection that even in its title may have elicited some frowns and puzzled expressions. How could a symbol of  execution be wondrous? And, how could the unjust capital punishment of a perfect person be a reason for singing?

Isaac Watts was known for pushing the envelope, as did his father. Christianity was intensely personal for this family, so much so that the elder Isaac was twice imprisoned for his views. The son followed a similar path as he wrote hymns to express himself, personally, to others with whom he shared the same faith in old England. Perhaps it was not just old, but also stale, for many of the faith still held to traditional songs set exclusively to the Psalms. The 33-year old Watts evidently wanted to share himself in the hymn he wrote for one Sunday’s communion service. The second word of the hymn may have broken the rules for many…’I’ would not have counted for much in the traditional way of worshipping. But, Watts wanted to laud Christ, even while recognizing his own humanity. His first two verses indicate he was had some pride and earthly wealth, feeling their impact on his conscience as he compared himself to the Holy One. To admit that openly was revelatory. Perhaps Watts drew upon this also when he spoke as a pastor to the assembled believers, connecting their everyday life with what they were singing. ‘Make it more real to your daily life’, one might have heard Watts say.  Watts’ hymn evidently spoke deeply to many, including Charles Wesley who followed in his footsteps and reportedly thought it was of higher value than all the thousands of hymns he himself would eventually compose.

While Watts made his hymn a personal testimony, he didn’t elevate his personality above the hymn’s main theme.  While all six of the original six verses show he had focused his heart on Christ, there’s less notice of his competing human character in the last four verse when compared to the first two. That says something about the effect of viewing the cross, doesn’t it? Gaze at it, think of its value, and your own worries and mortal thoughts shrink. Jesus got outside of conventional wisdom in order to sacrifice Himself. He invites me to do something rather unusual in return – think about and trust in the consequences – in fact, the power -- of a death sentence.  That’s what Isaac Watts did in 1707. Still works 300 years later.

Information on the song was obtained from the books  “Amazing Grace – 366 Inspiring Hymn Stories for Daily Devotions”, by Kenneth W. Osbeck, 1990, Kregel Publications; and “The Complete Book of Hymns – Inspiring Stories About 600 Hymns and Praise Songs”, by William J. and Ardythe Petersen, 2006, Tyndale House Publishers, Inc.

See following for biography on Watts:
http://en.wikipedia.org/wiki/Isaac_Watts
Posted by David Cain at 4:00 PM