Breathe On Me, Breath of God -- Edwin Hatch


Edwin Hatch probably felt as though something was missing, though he understood much of the God he studied and taught to others. This 43-year old professor and scholar addressed a personal message to the Holy Ghost when he penned “Breathe on Me, Breath of God” in 1878. What he wrote gives the observer a peek at what all his intellect and training had taught him about his faith, and about what he had chosen to make his life’s vocation. He sought oneness with the One to whom he spoke in his poetry. It would be interesting to ask him if he felt that his prayer was answered. Did he feel the Spirit, or perhaps see it like its portrayed in movies or in masterpieces (like this one by Peter Paul Rubens)? 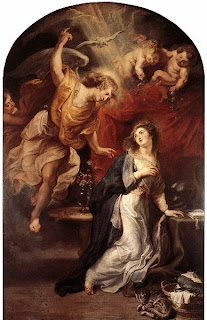 Hatch had developed a reputation that he must have appreciated gave him a certain standing amongst his contemporaries, yet that didn’t seem to stop him from an apparent condescension, what we might call ‘dumbing down’his faith.  Edwin had a keen mind, so it was no surprise that he attained not just any higher education degree, but from such distinguished institutions as Oxford and Cambridge, and had won an award (the Ellerton prize) by the time he was 25. He was on his way, and indeed became a noted lecturer of considerable standing in England and Canada, while also becoming an Anglican priest. Yet, it’s said that how he demonstrated his faith was in fact very simple, more like a child’s than what would be expected from such a learned person.  One wonders if he had, as someone has said, discovered that the more he studied, the more he knew that there was much more he didn’t know. You can see that in his words in ‘Breathe on Me…’, wherein he expresses that he needed an infusion of Him. And, the text he wrote first appeared in something called “Between Doubt and Prayer”. So, one must ask ‘Did Edwin Hatch have reservations about Christianity?’ Did he question the truth of his faith? Despite his study, there must have been some parts of God’s kingdom that still eluded him, as it does for any believer. Perhaps he had surmised that the only way to know more of Him, was to get more of Him.

What was Edwin Hatch doing in 1878 when he composed the words of his prayer to the Breath of God? We know that he was vice-principal of Saint Mary Hall, evidently at Oxford, until 1885 following his return from Canada in 1867. It’s safe to assume that he was guiding students and associating with other academic intellectuals by the mid-to-late 1870s, and that something or someone in that atmosphere helped spawn this prayer. Others must have heard his words, and perhaps shared in his aspirations.  Hatch would live just another 11 years, until he was 54, but all evidence of his life after 1878 suggest that he continued as he had before – being a sought-after lecturer and scholar. He also produced a concordance on the Septuagint, a Greek translation of the Bible, during this post-‘Breathe on Me…’ period. Thus, Edwin Hatch apparently maintained his faith, using the keen mind that the Creator gave him until he went to unite more fully with Him. His life’s message speaks…use what He’s obviously given you, and if you ask for more, perhaps He answers with more of what’s already been working. Is that too complicated to fathom? Is God easy or hard for you?
See more information on the composer and the song in Amazing Grace: 366 Inspiring Hymn Stories for Daily Devotions by Kenneth W. Osbeck, Kregel Publications, 1990; and The Complete Book of Hymns – Inspiring Stories About 600 Hymns and Praise Songs by William J. Petersen and Ardythe Petersen, Tyndale House Publishers, 2006.

See these sites for brief biography on composer:
http://www.hymntime.com/tch/bio/h/a/t/hatch_e.htm
http://en.wikipedia.org/wiki/Edwin_Hatch
Posted by David Cain at 1:19 PM

Thank you for this. Happy Sabbath!