How Can I Keep From Singing? – Chris Tomlin, Matt Redman, Ed Cash 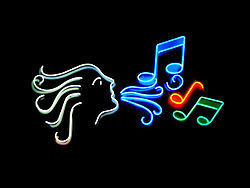 Ever seen a movie’s remake, maybe a generation or two after the original? How about a song’s remake -- not one or two generations afterwards, but 140 years later. Chris Tomlin says the song “How Can I Keep From Singing?” that he and two friends wrote in 2006 was discovered and adapted by Matt Redman from a 19th Century hymn by the same name. Maybe they also heard the old hymn sung on the first season of “The Muppet Show” by the dog Rowlf, although the song’s sentiments are akin to humans, not canines! The song’s theme has remained the same since it was first penned -- a commitment to God because He endures through everything.

The song was first associated with Robert Lowry, a well-known American hymnist in the mid-19th Century, although there is some doubt about who actually authored the words that were put to music. The poem was perhaps initially printed in the New York Observer magazine in 1868 and attributed to someone named “Pauline T.”, although hymnals that include the song give Lowry the credit for its words as well as the music. The song or its associated poem may be known by multiple names, including “My Life Flows on in Endless Song” and “Always Rejoicing”. These two recurring expressions are not light-hearted naiveté, but revelations of a fidelity to Him despite life’s hardships. The writer’s not asking ‘where else would I turn?’, for he’s already decided God is the answer.

OK, smart move, but yet the writer-worshipper goes further. He sings. He’s discovered that music is the Creator’s therapy for wounds. That’s a pretty challenging message for me, since I ordinarily don’t feel like singing when I’m down. In fact, my distress more often makes me blubber if I try to sing. So, is there something more I need to learn about God, about drawing on the strength in the music He gives me? It seems I must learn that Music is from Him, that I’m communicating with Him – a steady Rock - in this medium. I may not overcome everything here, but I am in touch with the Almighty as I hear music and when I sing (or at least try) it. We know not what Lowry (who was in his 30’s during the decade of the 1860’s) or Pauline T. was experiencing, but it was human, with ups and downs as the song’s original words suggest. Since it was in the 1860’s, maybe the American Civil War – which did inspire other music – had permeated this writer’s thoughts. A war might be a ‘tumult’ or a ‘storm’ (from the original hymn) worthy of music, and make someone reach for God. Fortunately for us, this song’s message didn’t go outta style with the passage of one century. And, neither does God.

(The short story of the contemporary song’s derivation taken from U-Tube video): http://www.youtube.com/watch?v=b6lTZySpbpo
See following site for history of the Robert Lowry hymn: http://en.wikipedia.org/wiki/How_Can_I_Keep_from_Singing%3F
CyberHymnal site suggests that Robert Lowry wrote the song’s words in 1860: http://www.hymntime.com/tch/htm/h/c/hcaikeep.htm
Posted by David Cain at 6:10 AM

Thank you for this explanation.